How to Make Talent Scouts Work for You 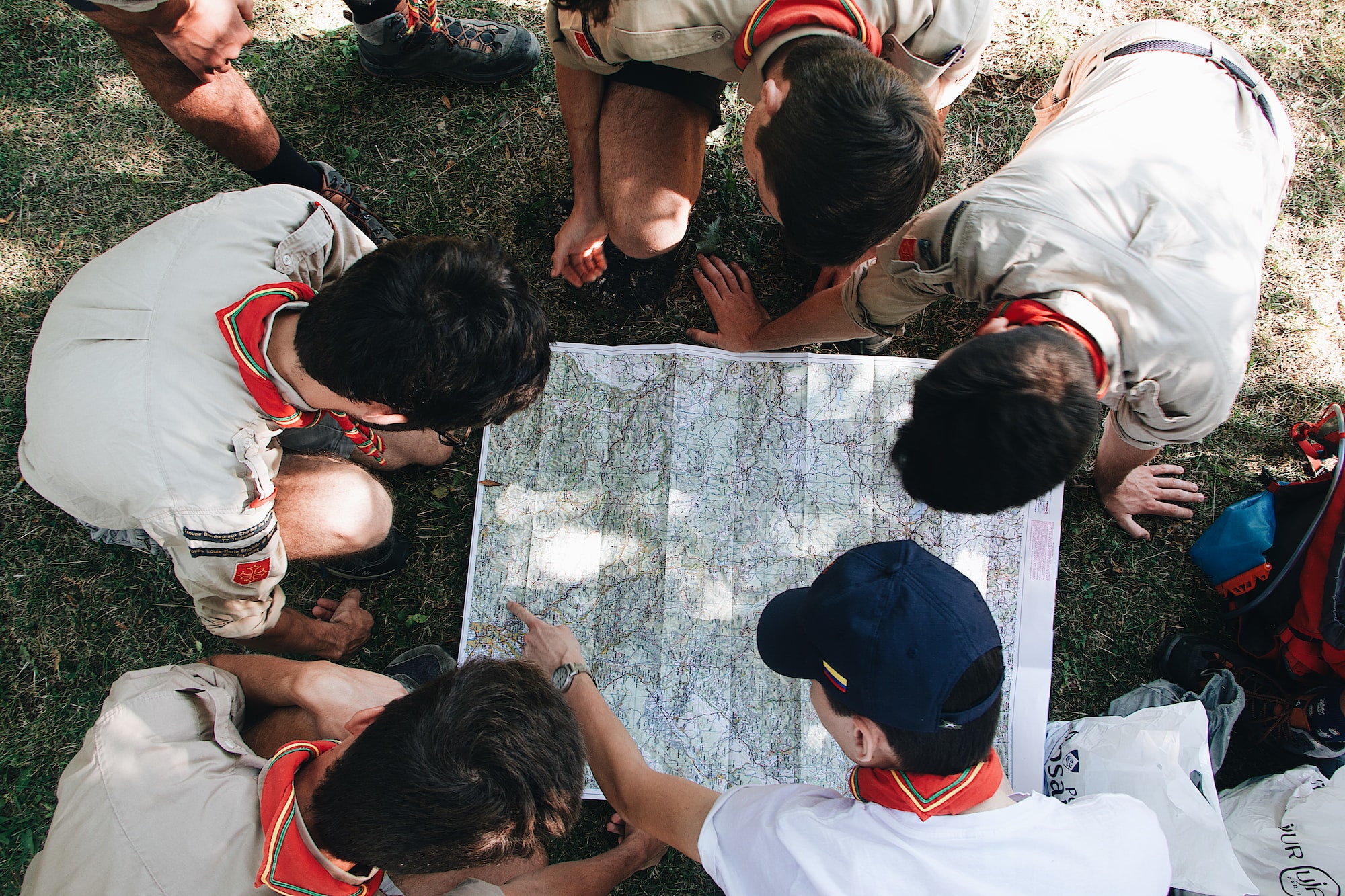 This is an excerpt from Talent: How to Identify Energizers, Creatives, and Winners Around the World by Tyler Cowen and Daniel Gross (St. Martin’s Publishing Group, May 2022).

One way or another, we are all engaged in the quest for talent. But when should you rely on scouting for talent acquisition, rather than taking all of the work upon yourself?

Traditional venture capital has fairly centralized means of evaluation run by a small number of prestigious and highly paid general partners. But Sequoia has had a scouts program for over 10 years, and the newer venture capital firms Village Global and AngelList Spearhead rely on scouting models to find their talent.

In general, the scouting model tends to be effective when talent search is about starting with a very large pool of candidates and needing to narrow it down to a much smaller number of plausible competitors. Furthermore, scouting does best when there is no simple way to measure talent from a distance.

To see how these lessons play out more generally, let’s consider one area where scouts and scouting have been especially successful — fashion supermodels. One feature of the scouting model is how well it induces scouts to look in all sorts of nooks and crannies for talent.

There are beautiful people all over the place, but even in model-rich environments such as southern Brazil it is impossible for any talent agency to visit every village and meet everybody. Furthermore, the school system is not an obvious venue for finding fashion model talent, at least not in the same way they can find mathematical or engineering or musical talent. Beauty is not on the curriculum, and it is institutionally awkward for the schools to too explicitly single out some individuals as more appropriate for the modeling profession, even if they might do the same for tennis or gymnastics.

Therefore, to help find the appropriate talent, the modeling sector has multiple tiers of scouts. There are photographers who may approach potential models in the hope of getting a successful photo shoot or two and maybe developing a good long-term reputation as discoverers of talent. But in addition there are full-time and freelance scouts who try to find the right talent and connect them with a modeling agency or magazine.

It is worth thinking about why the scouting model works in this context. First, the relevant talent could come from many different parts of the world, and the number of people to be scouted is very large. It is hard to imagine a centralized process getting the job done. Second, many of the scouts plausibly have a decent sense of who might make a good model. Looks are hardly the only factor behind modeling success, but they are a kind of “first stop,” and expecting the scouts to judge looks well from first impressions is more plausible than expecting the scouts to use first impressions to judge talent well for skill in, say, quantum mechanics. Third, a follow-up investigation to judge the modeling talent of the chosen candidates is not extremely costly. You can have them in for a photo shoot and see how popular they prove in the market without having to invest millions of dollars right away.

The world of startups does not fit all of those features exactly, in particular talent may be difficult to judge from initial superficial contact. Nonetheless, as successful entrepreneurship spreads throughout the world into so many diverse locales, it is easy to see why scouting models are attracting more attention. They hold the promise of expanding the dragoon for finding more talent, and for finding talents that the initial, more centralized authorities may be overlooking.

Scouting is also becoming more important as the options for self-education are rising. With more people trying their hand at various avocations than ever before, that places more and more burden on talent search. We need to be more open to the accomplishments of self-taught individuals without traditional training, and that holds all the more true for the tech world, where many of the most important founders have eschewed the institutions of traditional education.

In the area of gaming, just about everyone is a self-taught talent in some fashion or another — no one shows up to World of Warcraft with a master’s degree in the subject. That means a higher burden on talent search, as there are more plausible candidates to sample and evaluate. Fortunately, candidates now are able to send more signals, whether through competitions, online postings, game performances, social media displays, or other indicators of quality. You can think of those signals as substitutes for scouts, and you may have to rely on scouts to the extent such signals are difficult for the talent to send and also difficult for the talent searchers to interpret.

The limitations of the scouting model

In most cases, the scouts take care of only the early parts of the talent-finding and cultivation process. Discovering a potential supermodel with the right look is only one step in a very difficult process.

When it comes to these other steps for identifying prospective supermodels, the sector relies more on centralized talent evaluation and less on scouts. A centralized talent agency or modeling agency or magazine or some other institution will make its own determinations about the skills and work habits of the candidates under consideration, because looks are only one part of the equation. The supermodel sector thus illustrates the limitations of scouting as well as the upside. In a startups context, the general partners in a venture capital fund make the final decision as to whether a promising prospect has a viable, executable project.

The key to a good scouting program is incentives. In tech, initially scouts were venture capitalists themselves, hunting for the best talent, incentivized to compound the money of the partners. This worked: from Google to Apple, rebellious outsiders were admitted into the system, and the gatekeepers were handsomely rewarded. But as scouting expands and becomes a more general concept, the incentives needn’t always be financial. Rewarding with status can work too; for instance, some of Y Combinator’s greatest hits (Airbnb, Dropbox) have come from referrals. Daniel Gross’s Pioneer firm maintains a leaderboard of its best referrers, and that is one of Pioneer’s most frequently visited pages. In these settings, most referrals are bad, but the exceptional candidates often are referrals.

This in turn brings us to the second incentive dynamic: skin in the game. Venture funds also run scout programs in which various founders are provided free money to invest. No downside, all upside. These programs often perform poorly, but occasionally a scout will spot an exceptional company, which the VC then doubles down on. This is unlike the proper venture world, where the partner of a fund has both economic and status interests at stake. The founder investing free money is not putting up either dollars or status, and the primary avocation of those founders is being a CEO, not a venture capitalist. Nonetheless, that may give them a certain freedom of imagination that enables them to spot some opportunities that others would not.

With Sequoia, there are many independent scouts who have the authority to write checks in the range of $25,000 to $50,000 for potential startup founders. The scouts play their biggest role at the seed stage, when often smaller amounts of money are called for, while the general partners might be writing much larger checks ($10 million and up) for more advanced projects. You can think of those seed deals as part of the pipeline for the eventual larger investments, and some of the economic upside is shared with the identifying scouts. The scouts can be given part of the profit from the deal, or a general share in the broader fund, or be paid on a performance basis, depending on how well they invest the funds they are given.

In essence, skinless scouting games boost variety at the expense of precision. You can engage a broader set of actors working on other things to send you their deal flow in exchange for value. This is a good idea if your filtering costs are low. Conversely, if deal costs are high, you might want to consider some element of risk. Either financial risk (a mix of personal capital with external) or status risk (demand that your scouts do scouting under their own name and as their primary job) may be used to impose additional discipline on the process.

It is possible to imagine worlds where there is so much data on individuals, and at such a young age, that measurement would dominate search. You wouldn’t have to “look for” anybody, at least not if you could access the data in the system. But we remain fairly far from such a world.

We do expect there will be more cases where talent is found “by the numbers,” or by AI scouts. If you look at the Houston Astros, one of the most quantitatively advanced teams in professional baseball, they already have eliminated in-person advance scouting, instead preferring videotape and measurement using Statcast, a state-of-the-art tracking technology based on massive amounts of data.

The future likely will make talent search more like the gaming environment, where potential candidates are invited to step up and be measured. If you think about the very best gamers, there was no scout visiting local high schools trying to talk kids into giving the game a try, spotting them in the shopping mall (“your thumbs look strong and your skin has that basement pallor”), or measuring their IQ, reaction speed, or game stamina. Rather, millions of people want to play the game in the first place, and the gaming process itself measures how good they are.

Scouting is by no means the only approach to finding creative contributors. But if you wish to succeed in the future quest for talent, understanding its strengths and limitations is one good place to start.