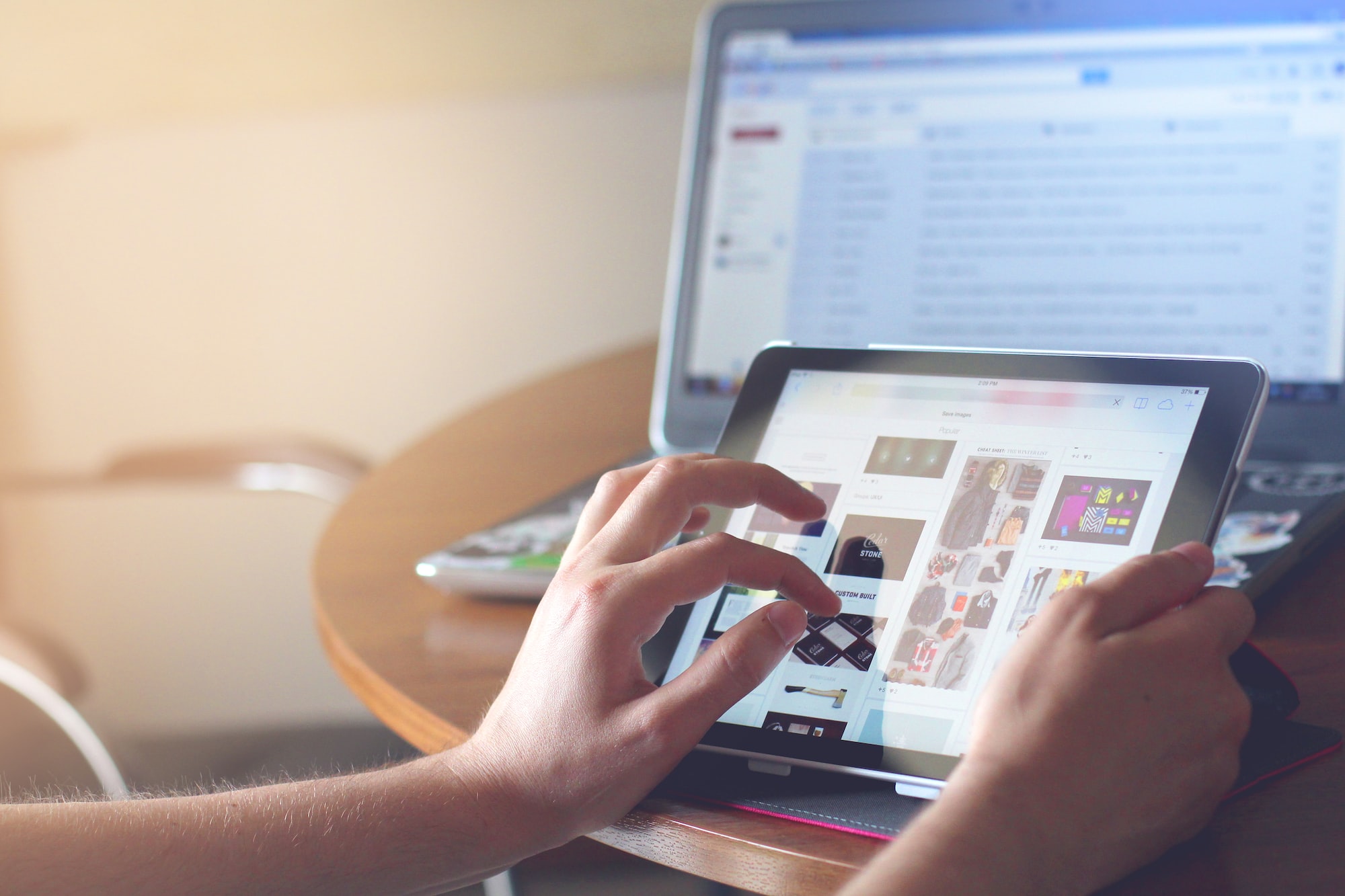 Web3 has infiltrated mainstream culture, from Paris Hilton showcasing her NFTs on the Tonight Show to ConstitutionDAO attempting to buy one of the last remaining copies of the Constitution. Joining web3, however, is still a complex and confusing process geared toward early adopters. There’s a whole cohort of digitally native people — let’s call them “web2.5” — who are crypto-curious but probably not passionate enough about web3 to put up with onboarding.

If web3 builders continue to ask new web2.5 users to jump into the unfamiliar world of web3 without assets, a network, status, or history, reaching widespread adoption will be difficult. Simplifying onboarding is one solution, and many new web3 companies are focused on exactly that goal. But, for both cultural and technical reasons, onboarding is likely to remain complex for the foreseeable future. Here’s another idea: What if we show web2.5 users the benefits of web3 first, and then give them a bridge to make the jump? This bridge, we believe, could lie in “community composability,” a new spin on a decades-old computer science concept.

Web3 builders could entice web2.5 users to join web3 by unifying their fragmented web2 history into a consolidated digital identity. While community composability isn’t a panacea for all types of products, it can empower builders to create stickier communities by uniting subcommunities in passion spaces, as well as enable projects that benefit all stakeholders by allowing anyone in web3 to offer benefits and experiences to community members.

We’re only in the early innings of what consumer crypto looks like. As co-founders of a new web3 company, and previous NFT project leaders and community managers, we’ve learned that truly successful consumer crypto products must meet web2.5 where they are. Community composability gives web2.5 users a way to fully “own their clout.”

How composability is used in web3 today

Examples of community composability in web3 already exist. Although, it’s important to recognize that in these scenarios, composability is largely being used to further benefit web3 early adopters. (For example, DeFi farming gives crypto-native users a way to make more crypto with their crypto by moving their assets between different lending marketplaces and new protocols.) By contrast, we’re proposing to expand the web3 user base by explaining to web2.5 users how web3 enables ownership and digital identity.

The recent success of OpenSea competitor LooksRare illustrates the power of web3 community composability. LooksRare took OpenSea’s transaction data and rewarded power users with $LOOKS tokens, essentially piggybacking off the OpenSea and NFT trader network. Though OpenSea is still the dominant platform, LooksRare generated significant volume and managed to maintain a meaningful market share as a company built in less than a quarter or two.

Derivative NFT projects, which are offshoots or mashups of current popular projects, are another example of community composability. Bored Ape Yacht Club, for instance, has many derivatives trying to capitalize on its name. Some, like Mutant Ape Yacht Club and Bored Ape Kennel Club, were created by Yuga Labs, the creators of BAYC. Other creators have extrapolated BAYC’s art, style, and traits to create their own unaffiliated projects, such as Jacked Ape Club, Apocalyptic Apes, and Apes In Space. Azuki Mfers, a collection whose art is a mashup of the blue chip Azuki collection and the meme-y Mfers collection, has had over 360 ETH of transactions, even though the creators are not affiliated nor endorsed by the creators of Azuki or Mfers. These derivative projects try to bring together the parent collection’s community as well as external fans who haven’t been able to participate yet — either because the entry price is too high, or because the derivative art and roadmap speaks to them more. Oftentimes, the members of the parent ecosystem do not participate in the derivatives.

Finally, profile picture NFT accessory projects, or digital assets used to accessorize PFPs, are great examples of more obvious consumer-facing community composability, as they can unite multiple communities through a shared marketplace. 10ktf, a project supported by Beeple, creates backpack or shoe NFTs with your personal Ape, which you could potentially also “wear” in future metaverse ecosystems. 10ktf supports a number of popular collections including BAYC, Cool Cats, Forgotten Runes Wizard’s Cult, and World of Women, meaning that only holders of those collections can participate. Gucci’s recent collaboration announcement was an incredible milestone and win for the entire 10ktf community, which draws from all of the PFPs that it currently supports.

In a previous Future essay, crypto founder Linda Xie heralded the capability of composability as one of the most powerful aspects of crypto: “Because composability allows anyone in a network to take existing programs and adapt or build on top of them, it unlocks completely new use cases that don’t exist in our world.”

She’s right. But it’s important to understand that composability isn’t just a crypto concept, or even a software concept. Web2 companies frequently leverage composability to expand their customer bases, even if they don’t use the term. A helpful example is the coffee subscription-box startup Cometeer, which mails a variety of flash-frozen coffee pods from popular coffee shops like Joe’s Coffee or Equator Coffee every month. Each box contains coffee from brands the customer is already a fan of, as well as from new brands they haven’t tried yet. So, Cometeer “composes” groups of brand loyalists into their customer base. Targeted ads also show composability in action: companies source customers from existing databases.

These web2 examples demonstrate “customer base” composability rather than true community composability, which leads to the formation of new or stronger connections between fellow fans or creators and their followers. Broadly speaking, a community is a group of people who come together over a shared interest or identity. Communities are core to the success of any crypto project.

Builders can use community composability as a bridge to web3 by uniting siloed groups across fitness and other passion spaces. In the fitness example, a web3-native platform could reflect your logged workouts from different classes, and all of the status you’ve earned through various fitness memberships would be consolidated to form your on-chain digital fitness identity. That means users can own their full clout, and earn rewards from anyone based on their historical actions. This hypothetical ecosystem isn’t possible in web2, where communities aren’t able to permissionlessly compose with each other. For web2.5 users who take the web3 plunge, however, fitness goes from an interest defined by a centralized company to one they own and can more easily share with other exercise junkies.

We have yet to see the true potential of web3 consumer applications. But we can imagine how web3 builders could take advantage of community composability: Why not create a new developer platform that has a $CODE token that rewards the most active contributors on StackOverflow, open source Github repos, and r/programming? Or, imagine rewarding the top verified reviewers from Yelp, DoorDash, UberEats, and Foursquare with a $MICHELIN token to kickstart a trusted web3 food community, which would onboard users who care more about exploring new restaurants than, say, buying an NFT (currently the most common web3 onramp).

If we can build consumer crypto products that meet web2.5 where they are, instead of asking them to adopt a new behavior, wouldn’t they be more likely to explore web3? There’s an opportunity to expand web3 beyond the earliest adopters, and show how meaningful community-owned products are. We believe the teams who take this opportunity will reap compounding benefits and help spur web3 growth.