5 Challenges for DAOs to Overcome in 2022 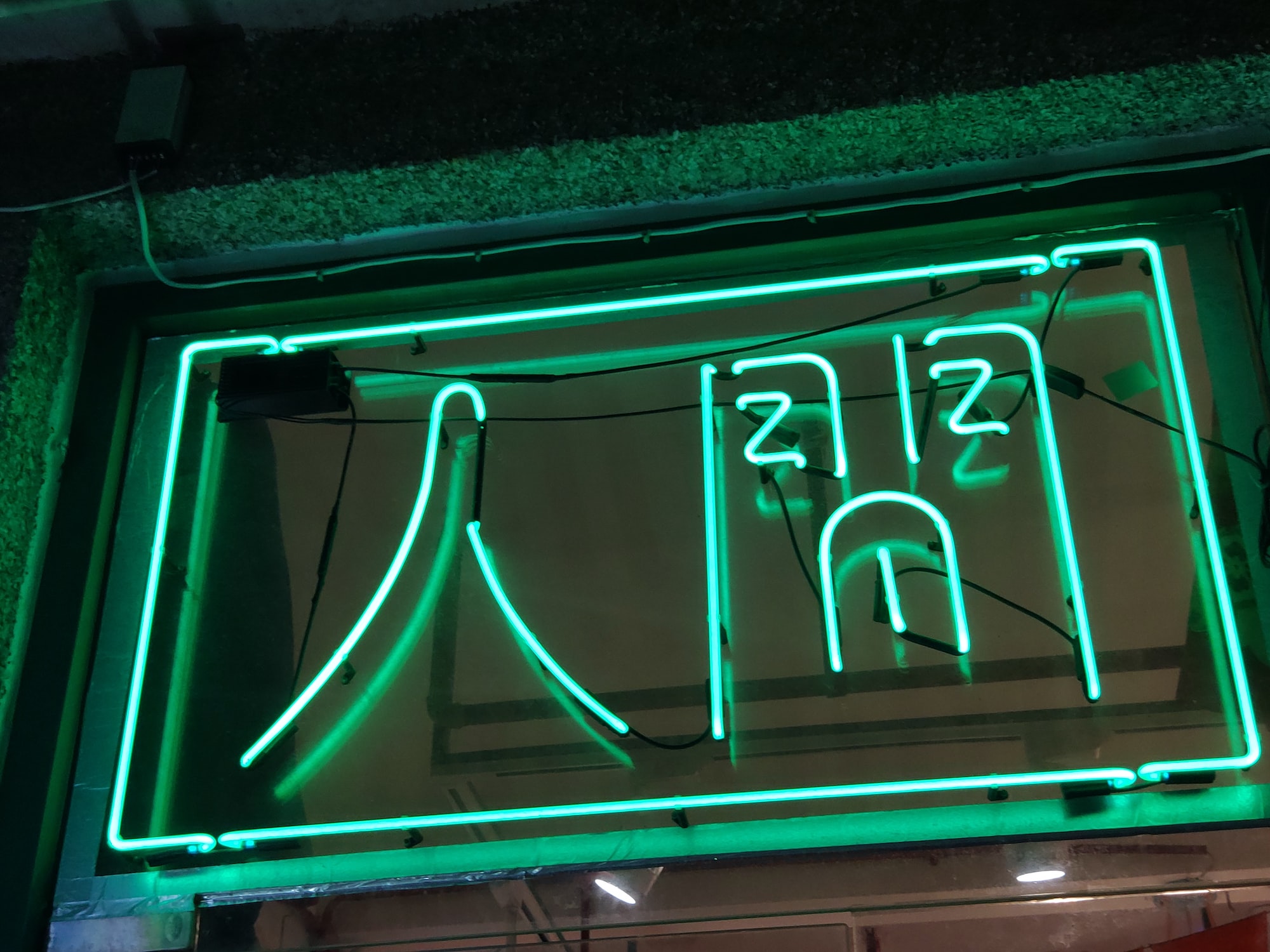 Just less than a day after the war began in Ukraine, Russian punk rock band Pussy Riot announced an unorthodox solution to help those affected: UkraineDAO. The DAO’s goal was to aid civilians in Ukraine by auctioning off a 1/1 NFT of the Ukrainian flag—and in just under a week, they managed to raise over 7 million dollars via crypto donations, with 100% of the proceeds benefitting Ukrainian civilian organizations.

If you’re familiar with Decentralized Autonomous Organizations (DAOs) or any facet of crypto Twitter, then this may already be old news. But for those new to DAOs, UkraineDAO is only grazing the surface of what DAOs are capable of. 2022 has been deemed “the year of the DAO” by both participants and observers; DAOs are beginning to receive detailed mainstream coverage in The New York Times, Yahoo News, and Fortune, and, as we’ve discussed, exciting new DAOs are being created every single day.

As new DAOs continue to permeate the web3 landscape, it’s important to note that DAOs are still a relatively unexplored frontier in the Wild Wild West that is web3. After all, DAOs are technically only 6 years old—it was only in 2016 when a multimillion-dollar hack of the first-ever DAO, known as “the DAO,” led to a hard fork of Ethereum (which has now evolved into the Ethereum we know and love today).

With any new type of organization that can allow us to coordinate large numbers of capital and people, there are bound to be challenged. Layer3 digs into five big challenges for DAOs to overcome in 2022 below.

1. No one is recruiting properly—they don’t even know what to recruit for

While this is a general challenge that exists throughout every niche in web3, DAOs are particularly vulnerable to issues of recruiting. The history of coordinating work amongst people—at least in recent modernity—has essentially operated under the premise that most work is centralized.

In a traditional company, you have a group of C-suite executives, who delegate KPIs and establish OKRs for their underlings, who delegate and establish the same for their underlings, and so on....all to maximize shareholder or investor value at the top. Most recruiters operate under this premise. But DAOs are attempting to disrupt this model and more: delegating work horizontally while trying to bring value to an organization that is collectively owned by its members.

For DAOs, this means that a new type of “employee” or contributor may be more valuable. While recruiters and companies look for experienced workers who can execute specialized tasks, DAOs may optimize for contributors who are passionate about the community and/or the DAO’s vision, can offer value without centralized delegation, or simply someone who can find an issue and propose ways to solve it. You’re a solidity engineer? Win a $250k bounty for fixing a bug, you don’t even have to work for the company! You enjoy making memes? Here, use Layer3 to earn tokens for a shitpost.

Another looming challenge for DAOs is attempting to create member flows after a contributor is properly onboarded (that is, if they’re properly onboarded in the first place). As 0xjustice.eth writes, “Not everyone who joins your Discord server is a member of your DAO, and neither should they be.” If you’re a DAO, you should be asking the following questions:

Far too many DAOs start thinking about #1, then just stop thinking completely. Pause. Take a breath. Stop cold-DMing that 120k+ influencer to help promote your DAO. As more and more users learn to contribute to a DAO as part of their web3 journey, it’s essential to draw up proper frameworks to onboard contributors so that DAOs are able to spot and retain the ones who will provide their community with the highest value. It may not be who you think! Layer3’s contest system and our vision of on-chain resumes attempt to solve this fundamental challenge.

My own two cents: Perhaps it’s also time that DAOs start thinking about the absolute chaos **that arises when trying to collectively coordinate participants through Discord. DAO management platform, wen?

DAO governance systems are getting complicated. Like, really, really complicated. There’s a constant push and pull between various voices in web3 who all fail to agree on a set of common rules regarding the level of decentralization that DAOs should actually achieve—and that’s fine, but for DAO participants and contributors, it’s confusing AF. Wait, I have to delegate my tokens to X number of people before Y date to cast my vote for Z number of proposals...? What do you mean my DAO isn’t decentralized enough to be a DAO? Metagovernance? I don’t even know what governance is.

Many new DAOs will spring up and inevitably fail in the time between this article’s publication and the end of 2022. Many new DAOs and even mature DAOs will also inevitably face issues with the level of decentralization that they’re willing to compromise on, in order to properly coordinate their members on important proposals and other long-term initiatives. Remember: your decisions regarding decentralization should always be made with your community in mind.

For DAOs struggling with governance, we’re huge fans of tools like Snapshot, Tally, and Gnosis Safe!

For many DAOs, incentive mechanisms are skewed in favor of the so-called “Whales,” or those who have larger ownership stakes and/or financial investment in a DAO. It goes without saying that a member with only $50 worth of ownership tokens is going to operate differently than a member with $50,000 worth. The latter will also have more sway in the organization, and DAOs that attempt to align the incentives of whales and non-whales as closely as possible are likely the ones that will succeed in the long-term. DAOs that reduce the presence of whales? Perhaps even better.

Take, for example, Dinner DAO: you purchase an NFT at the same price as everyone else to gain entry to a rotating dinner club. You’re paired with 7 other NFT holders in the same city and each 8-member dining group has the ability to spend $4200 on a series of dinners throughout the season, where every member can vote on where to eat. A flawlessly simple DAO that aligns everyone on one common incentive: dinner.

5. Will they last through the bear market?

The last challenge for DAOs is longevity, or in other words, continuing to deliver on their promises. It’s true that not all DAOs need to have longevity, and there’s something to be said of issue-oriented DAOs (UkraineDAO, FreeRossDAO), DAOs intended to band together for a specific purchase or goal (LinksDAO, ConstitutionDAO, KrauseHausDAO), and even DAOs that are DAOs just for the sake of it. But the behemoth amounts of speculative capital that have been flowing into and made from web3 for the past two years have definitely made it seem like every DAO created will be successful, or that every concept needs to become a DAO.

The reality is—like any other organization or human group formed for the sake of achieving something great—DAOs need to deliver value to its participants. Whether it’s long term or short term, the core members of a DAO have the inherent responsibility of anticipating how to scale. And scaling can often mean managing a treasury of several million dollars. A DAO that is scrapped together in 2 weeks and is promoting an airdrop of a token where 80% of the supply is held by its core team is not going to last. Neither is a DAO that consistently fails to deliver value when it matters the most.

In other words: we’re not in grade school anymore. And neither are DAOs.

The evolution of DAOs will be a defining feature of web3 in 2022. As many new DAOs enter the space, it’s always important for founders to anticipate the responsibility and frameworks that come with managing a large group of people and large amounts of capital. These challenges will not go away with more efficient tooling or more competent engineers—they’ll be solved by human intention.